Managing Your Boss, or Managing Up

Most of us who have been employed by others have had both good bosses and ineffective ones.  Here are some reasonable, simple ways to make sure you can work effectively—or “manage up”—with a difficult boss or manager.

First, remember that most bosses got promoted into that role without managerial training so they may not really have any specific leadership or management skills beyond having been promoted.  While some will obviously exhibit good leadership and are really nice people, most untrained managers are pretty reasonable but do require some work to deal with.

Ineffective communication and the under-talker 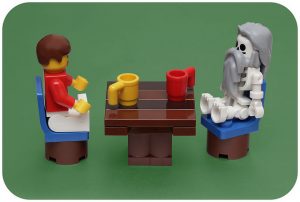 The most common type of difficult manager is the ineffective communicator—the boss that doesn’t know how to delegate in a functional or effective way.  These are often perfectly competent individuals who simply lack sophisticated communication skills.  For example, they may tell you the reasons for wanting you to do something but forget to give you the details of the assignment or the deadlines. You are left to your own devices to figure that part out.

The opposite type is the manager who only gives details and deadlines without any context. You don’t know how this fits into the team’s or company’s goals and you may not understand the nuances of the assignment, so it’s hard to do a complete job or adjust your product or input to the overall goal.  All of us need to know both what the boss wants us to do and why it is important.  Otherwise, we are left at a distinct disadvantage when it comes to work quality.

Frequently, these types of bosses are decent, competent folks who just don’t know how to delegate effectively.  They can get irritated with you if you don’t do what they think they told you to do, but don’t realize that if they communicate ineffectively, you are going to have a reduced possibility of pleasing them with your work.  So, the first and most important tool is to use active listening with them.  That means once they tell you the assignment, feed it back to them as specifically as you can.  You can do this by saying “I want to make sure I know exactly what you want, when you want it done, and why it is important to the team.”  Base your feedback on what you heard from them and include any assumptions you made.  If you are incorrect with your feedback they can correct you and they will likely appreciate your effort to understand the assignment.

If you correctly assess the task (what), are specific on your understanding of the deadline (when), and accurately describe the importance of the work (why), they will get a better result and you come across as being a really good listener without negatively confronting them and/or producing a result they didn’t like.  For longer project and/or more complex assignments I’d make sure you check in during the project and tell them “specifically” what you are doing, reiterate the goals of the work and the deadline and if you are off base then they can course correct before you complete your work.  That will avoid waiting until the project is due and finding that you did not do what they wanted or what they thought they told you to do.

This is the critical boss who finds fault with many things you do, but doesn’t tell you what you did well or what pleased them.  I know this type of person can drive you nuts and there seems no excuse for their behavior.  That may be true, but often these are people who have been treated poorly in the past and have spent their life thinking that intimidation and constant correction are ways to get the best out of people or keep them in line. This frequently results in the (sometimes unconscious) development of less-than-useful model of managing people.

Addressing these issues with a boss is tough, but fruitful in most cases.  While many critical bosses seem to appreciate staff members sticking up for themselves, I will warn you that some bosses cannot be successfully confronted and then you have to choose to be quiet or move on.

Start by confronting your manager very politely and set a boundary.  I’d tell the boss in a quiet, private meeting (not right after an incident) that you have been struggling with their criticism and lack of positive reinforcement.  Suggest to them that you work better and are better motivated when you are appreciated and that you realize they are trying to help you with their feedback, but that it tends to be negative more often than not.  Make sure they know that you want to be motivated in your work with them.  Finally, assure them that the next time you feel put down or overly criticized you will come talk to them about it so they can recognize it when it is happening.

This way you’ve defined both a boundary and a consequence.  What I have often found is that just by letting them know what motivates you and what you will do if you feel overly criticized makes many hyper-critical bosses back off.  Oddly, they often tell you that they were being critical because they see promise or very good qualities in you, and that they are trying to encourage you to do even better.  They are often like the dysfunctional little league parent who critically assesses each game their kid plays in to help or improve their performance without realizing that compliments and positive feedback work much better.  Remember these are often adults who have been poorly treated in their lives.  If they fail to respond after one or two attempts to make the requested corrections then I’d assume that they have problems as a leader and you will need to move on rather than try to fix them.  Some battles you cannot win except by exiting. 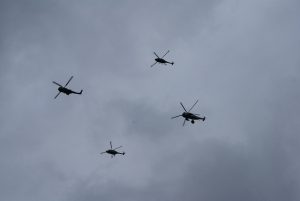 The helicopter boss, like the helicopter parent, swoops in at odd times and randomly changes directions for what you are doing, or just plain forgets what they said before and launches off in the new direction with no attention to or respect for what you have been working on before their latest intervention. Sound familiar?  This is a difficult type of person to deal with, but here are a few suggestions that might help.

Be honest with your boss

First, keep close, dated records of what the boss asked you to do last.  If it is in conflict with the previous directives or if it competes with what you are working on currently then let them know.  It is fine to tell them when they swoop in and give you new directions that it is conflicting with what you were previously directed to do.  Often they have just forgotten what they assigned you.  Therefore sometimes, they will adjust and take back the new directives but often they will tell you they have decided on a new direction and that you should adjust.  If that is the case you can let it go for the moment and then think about that new direction after they leave.

If their new directive is feasible and reasonable changing directions is okay.  But, most likely, it is just their newest idea and they did not take into consideration what they said in their last flyby, so it is really a brand new direction that disrupts your current work and timeline.  This happens with these kinds of bosses often and for two reasons.  They themselves may be the problem (i.e., they are constantly changing their own direction), or they have a helicopter boss themselves and have NO idea how to manage them. This type may just dump the new directive on you, thereby avoiding conflict with their own helicopter boss.  You cannot believe how often I hear this about dysfunctional bosses.

If the new assignment or direction is really upsetting the apple cart, send your boss a polite, detailed message outlining what you were working on, how many people it involved, how the new directive will upset what you had in progress, and how you’d like them to reconsider the new directive in light of how it will impact progress (or the whole agenda) of what you had been working on before.  Sometimes that’s enough to get the point across, but if this keeps happening, you can go back to your notes, keep track of directives, and remind them of what they told you the last few times they swooped in and how it was contrary to what they had directed before.  It is always helpful to take some “blame” for the miscommunication by starting the conversation with something like:  “I might have misunderstood you so I wanted to clarify what my assignment is”.  In that way you take the blame off them or at least allow them to consider maybe you were the one who didn’t understand their directives.   That often makes it easier for them to adjust and take some responsibility for the new direction themselves.

Often, these folks are unaware of their repeated direction/directive changes.  Or, if they are aware, they may tell you the boss forced this.  You can ask them to pass your info about the disruption on to their boss, but you need to realize that this may not help.  In short, this type of boss may be the most difficult to contend with.

In most cases, many of my clients use another technique: listen and essentially ignore.  This works when the helicopter boss comes in and tells you something totally different from what you had been focusing on for a longer period of time.  If you listen carefully and nod your head and be quiet the following can happen.  After they exit, in several days to a week later, you can send them a report about progress on the original program or assignment you were working on.  I know it sounds crazy, and you may feel strange doing it, but I have seen this work many times.  Keep in mind that your mileage may vary, and you may have to resort to the first approach.

It is as if they flew (figuratively of course), gave you directions, didn’t really ask your opinion or agreement, and then forgot about what they told you as the new direction.  I don’t know how to explain this.  If they confront you about that you just remind them about the original directive/direction and say you assumed the last conversation was just brainstorming so you continued on with the agreed to agenda.  They may even thank you for staying on track.  If they do repeat the new agenda, you can follow up with the aforementioned response of how it will impact your crew, your work to date on the previous agenda, and a request to be sure that they want to move ahead in the new direction.

Again, helicopter bosses often just don’t keep track of what they are saying, or won’t push back if their own bosses change directions.  When caught (politely) in their miss guided directions they often just go back to the original plan without explaining why they were off on a new tack.  Odd, but true.  You must be consistent and challenge (politely) their changing plans if you want to stay on track.